Ultra-high performance concrete (UHPC) has outstanding material properties to enable structures and architectural works of art to be created that far surpass conventional concrete construction in terms of lightness and intricacy. The fascinating forms that buildings can take by using UHPC can be mistaken for optical illusions. Exceptionally thin, yet extremely stable UHPC elements are also setting new standards of durability. The concrete is reinforced with special micro-steel fibres and can be used as the basis for highly perforated façade elements, wide-span roofs and unsupported intricate bridge structures. The material also offers a multitude of options to repair and reinforce damaged concrete and steel structures. For example, ultra-high performance concrete bridge deck renovations help to increase the service life and load bearing capacity of outworn bridges, while also shortening planning and construction times significantly.
Know why
FIBRE CHOICE IS CRUCIAL.
To be able to produce highly slimline and heavily perforated structures such as the façade elements of the University of Odense in southern Denmark, UHPC concrete must have high levels of stiffness combined with ductility. This is achieved by adding steel microfibres. Stainless steel fibres provide durable, highly aesthetic surfaces capable of withstanding the impact of environmental factors. Polypropylene fibres can also be used in UHPC elements to increase fire resistance. A whole series of parameters determine UHPC's material properties: aggregate, binder and packing density, fibre geometry, fibre content and steel grade. Steel fibres or stainless steel fibres are generally the most economical solution in HPC and UHPC projects. However, according to the requirements of specific UHPC elements, different fibre types and, in many cases, combining pre-stressed and/or slack reinforcement may also be suitable.

THE PERFECT BASIS FOR
UHPC CONSTRUCTION.
Our portfolio of fibre types, fibre geometries and material specifications are ideal to meet the demanding requirements of high performance and ultra-high performance concrete. We advise you on appropriate fibres and fibre combinations. When required, we also work with our engineering partner SCE and undertake hardened fibre reinforced concrete testing. This means, we not only deliver the required concrete properties, but also guarantee project outcomes. The extreme stiffness and high ductility of fibre concrete means exceptionally thin UHPC elements can be achieved with exceptionally low dead loads. With the appropriate fibres or fibre combinations, you can also get high-density and wear-resistant surfaces that are up to 20 times more resistant than conventional concrete. These provides resistance against mechanical loads, such as abrasion and explosions, as well as increased concrete stiffness even when the concrete is cracked. The combination of such benefits enables the creation of architectural masterpieces and ensures the safety and durability of new and existing buildings. The following examples are projects in which our fibres have been used.

Faculty of Engineering at the University of Southern Denmark in Odense

The remarkable roof construction of Montpellier's station, with its undulating and translucent design, reflects the city's Mediterranean surroundings and adopts the load-bearing structure of palm leaves. The building is planned to have a lifetime of 50 years. To prevent any aesthetic impairment in this period due to fibre corrosion in the UHPC elements, stainless steel fibres of the type KrampeHarex® DG 14/0.2 E316 were used.

The Faculty of Engineering at the University of Southern Denmark in Odense, built in 2015–16, has a façade of prefabricated UHPC elements with circular openings. The façade is detached from the building shell, suspended at a distance of one metre, making it seem to float. Its elements reduce solar radiation while allowing natural ventilation to the glass fronts behind them. Each of the individual elements are 3 x 5 m, 65 mm thick and perforated by openings of up to 2.5 m. No two elements are alike. The irregular geometry meant reinforcing bars could not be used. Stainless steel fibres were also used here, in this case the KrampeHarex® 12.5/0.3 E304 type.

PEDESTRIAN BRIDGE OVER THE RIVER LUBINA

The slender, column-free pedestrian bridge over the Lubina River in the Czech Republic is made up of five prefabricated UHPC elements. KS Prefa, the precast company involved, developed a new UHPC mix especially for this project. The column-free construction was achieved using UHPC in pre-stressed concrete. To achieve the required ductility in the UHPC, it was successfully tested with 120 kg/m3 KrampeHarex® fibres type DG 12.5/0.175.

During the repair of the A4 motorway section Küssnacht–Brunnen in Switzerland, several damaged bridge elements required overhaul and reinforcement. The only concrete used was UHPC due to its special material properties, such as exceptionally high impermeability and a compressive strength of 150 N/mm², as well as particularly good bonding between the existing concrete and the UHPC. Using a 45 mm thick UHPC road layer enabled the entire structure to be significantly upgraded: the load-bearing capacity of the bridge was increased and the almost 50-year-old structure's service life extended by at least another 30 years. Membrane sealing was unnecessary. The entire construction project, with a two-way roadway closure, was completed in a record time of just a few months. The ultra-high performance concrete used was reinforced with 250 kg/m3 KrampeHarex® steel fibres type DM 12.5/0.175.

Conventional renovation plans for the Grand Pont Bridge in Thouaré Sur Loire in France, built in 1882 and in a state of disrepair, meant an excessively high dead load. According to the latest norms, the bridge could not be approved for passenger car and light truck traffic, so the bridge would have had to be closed. This would have been a great loss, not just because it is a historical structure. In the sparsely populated region on the lower reaches of the Loire, bridges are rare, and closing the link would have caused a lot of rerouting of traffic. Luckily for local residents, an innovative design turned the almost 150-year-old steel bridge into an innovative composite steel structure. The roadway was constructed of ultra-high performance prefabricated elements directly cast with the steel structure, now giving the required stiffness and resistance to vibrations. The originally forecast construction time of 12 months for the renovation work was reduced to just 6 months. The roadway's dead load was reduced by 43% to almost half. Both for the UHPC in the prefabricated elements and for the grouting mortar, 200 kg/m3 of KrampeHarex® steel fibres of type DM 12.5/0.175 were used. 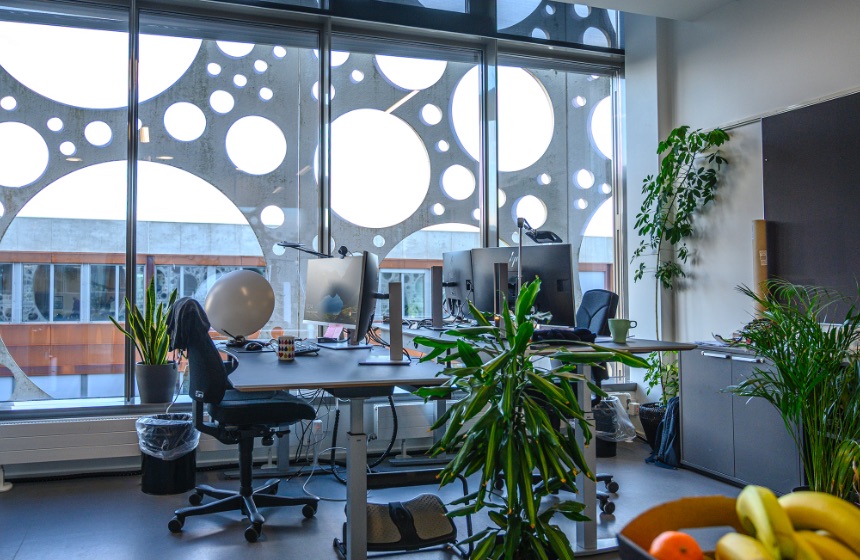 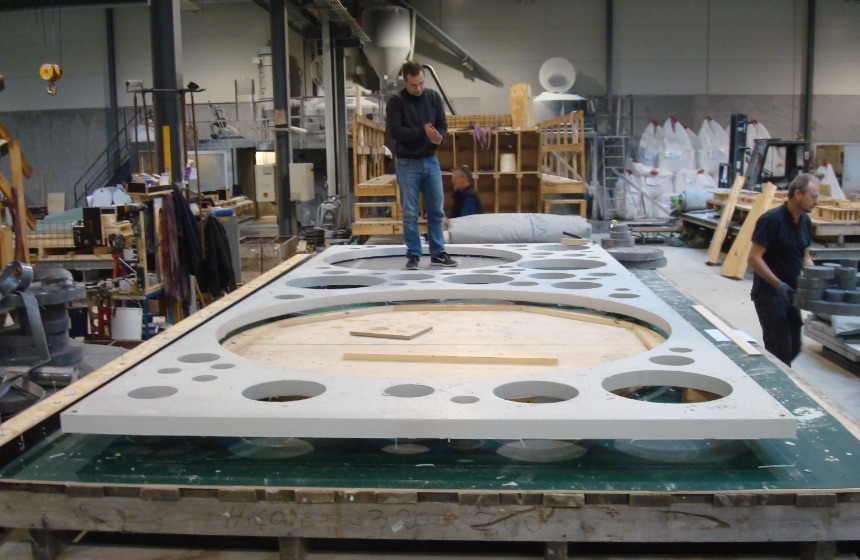 University of Southern Denmark in Odense

Progress is built on ideas: In line with this corporate mission statement from the Max Bögl group of companies, its precast plants work systematically on further developing products, product equipment and manufacturing processes. Of particular focus is the rapidly expanding, infrastructure-related road and rail sectors.
FIND OUT MORE