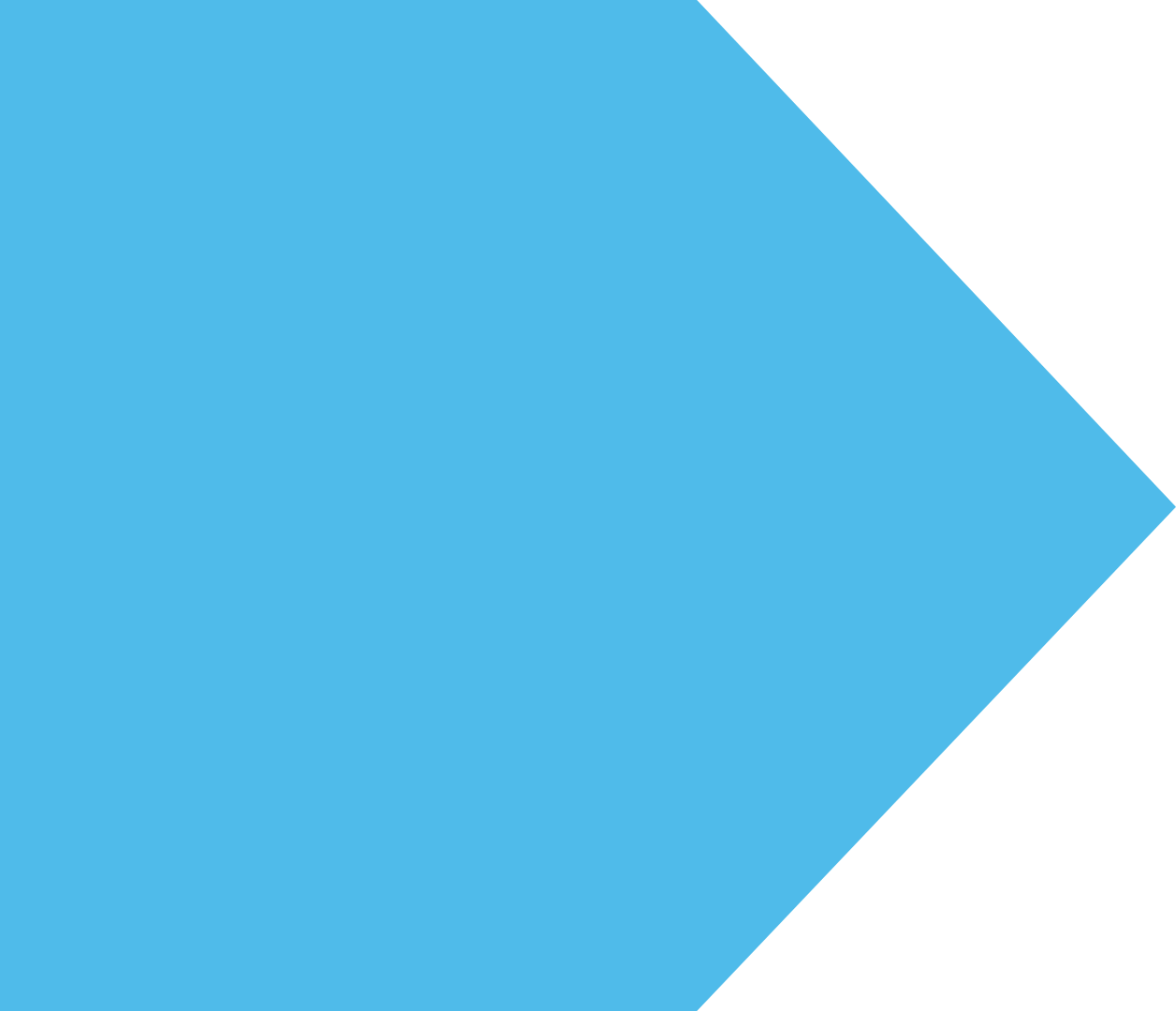 1. The following terms of delivery shall apply with respect to all offers, deliveries and performances provided by KRAMPEHAREX for companies (CUSTOMERS). They shall be accepted by the CUSTOMER by means of placing of an order, yet by acceptance of the performance at the latest. Any deviating or conflicting terms of the CUSTOMER will not be accepted, unless KRAMPEHAREX has explicitly consented thereto in writing.

2. The present terms shall, in their respective valid version, also apply with regard to all future business relations between the contractual partners; they shall also apply if KRAMPEHAREX, being aware of any deviating or conflicting terms, conducts the delivery to the CUSTOMER without reservation.

3. Any framework agreements concluded between the parties shall basically prevail; yet, the present terms shall apply subsidiarily

The offers made by KRAMPEHAREX are subject to change, with a maximum validity of four weeks after the placing thereof, unless anything else has been stipulated in the offer in writing. The contract shall only become effective upon the CUSTOMER's written placing of order, provided that the order does not contain any modifications of content and provided that the order is placed within the time limit stipulated in the offer. Otherwise, the contract will become effective upon the issuing of a written confirmation of order by KRAMPEHAREX.

1. Unless anything else is stipulated in the confirmation of order, all prices are quoted „ex works“, exclusive of the packaging costs that are to be charged separately as well as exclusive of the statutory VAT.

2. The purchase price shall be due for payment within 30 days of invoicing without any deduction of cash discount, unless anything else has been stipulated in writing in the offer. After the due date, default interest of 8% p.a. over the base lending rate will be charged. The right to claim additional damages caused by default shall remain unaffected.

4. KRAMPEHAREX reserves the right to modify the prices in a reasonable manner if, after conclusion of the contract, there are any cost reductions or cost increases, in particular due to collective wage agreements or changes to material prices. On request, KRAMPEHAREX shall provide respective evidence.

1. The indication of delivery dates shall only be binding to the extent that they were stated in writing in the contract or in the offer / the confirmation of order.

2. Compliance with the delivery term is conditional upon the timely and proper fulfilment of the CUSTOMER’s obligations. The right to plead non-fulfilment of the contract shall be reserved.

4. To the extent that a default in delivery is based on a grossly negligent breach of contract for which KRAMPEHAREX or its vicarious agents are responsible or on a culpable violation of an essential contractual obligation, the liability for damages shall be limited to the foreseeable damage that typically occurs.

6. In case of default of acceptance or other culpable violation of obligations to cooperate on the part of the CUSTOMER KRAMPEHAREX shall be entitled to demand compensation for the resulting damage, including any possible additional expenditures. Further claims shall remain reserved. In this case, the risk of accidental loss or of accidental deterioration of the goods shall be passed on to the CUSTOMER at the time the default of acceptance or the other violation of obligations to cooperate occurs.

7. KRAMPEHAREX shall at any time be entitled to make partial deliveries and provide partial performances.

1. Unless anything else is stipulated in the confirmation of order, delivery „ex works“ is assumed to be agreed.

2. At the request and expense of the CUSTOMER, the delivery shall be insured appropriately.

1. In order for the CUSTOMER to exercise any warranty rights, he must duly fulfil all obligations to examine the goods and to report any defects in accordance with § 377 HGB (German Commercial Code).

2. In case of defective goods the CUSTOMER has the right to demand subsequent performance, either by means of rectifying the defect or delivery of a non-defective substitute.

3. In case the subsequent performance according to Par. 2 fails, the CUSTOMER may at his own discretion reduce the purchase price or withdraw from the contract.

4. In case the goods delivered by KRAMPEHAREX are mixed with third party goods without KRAMPEHAREX being aware of this and having consented to it, any warranty and liability shall lapse.

5. In case the CUSTOMER claims contractual damage compensation, KRAMPEHAREX shall be liable for resolution and gross negligence as well as for the culpable breach of essential contractual duties (so-called cardinal obligations), also with respect to their representatives and vicarious agents. Apart from that, all liability is excluded.

6. Unless KRAMPEHAREX is accused of an intentional violation of the contract, the liability for damages shall be limited to the foreseeable damage that typically occurs.

7. Liability for culpable injury to life, limb or health shall remain unaffected; the same applies with respect to the mandatory liability as provided for in the product liability law.

8. The statutory period of limitation for warranty claims is 12 months, calculated from the passing of risk.

9. Any additional liability for compensation beyond that mentioned above is excluded, independent of the legal nature of the claim made. This in particular applies with respect to claims for compensation resulting from culpa in contrahendo, from other breaches of duty or from tortious claims for compensation for property damage according to § 823 BGB (German Civil Code). This limitation shall also apply if the customer – instead of asserting a claim for damage compensation – demands the reimbursement of useless expenditure rather than the fulfilment of obligations.

1. Until complete receipt of all payments due from the business relationship, the goods shall remain the property of KRAMPEHAREX. In the event of breach of contract by the CUSTOMER, in particular in the case of late payment, KRAMPEHAREX shall be entitled to take back the goods. The taking back of the goods shall constitute a cancellation of the contract. To the extent that the goods are then utilized by KRAMPEHAREX, the proceeds of disposal – minus appropriate costs of disposal – will be set off against the CUSTOMER’s liabilities.

2. The CUSTOMER shall handle the goods carefully and shall, at his own expense, insure them adequately at replacement value against fire, water, breakage and theft damage.

3. In case of seizures or other actions by third parties, KRAMPEHAREX shall be informed immediately in writing so that a third party motion pursuant to § 771 ZPO (German Code of Civil Procedure) may be filed. In the event the third party is not in a position to reimburse KRAMPEHAREX the judicial and extrajudicial costs of such a motion, the CUSTOMER shall be liable for the loss incurred by KRAMPEHAREX.

5. In case the goods are processed by the CUSTOMER, said processing is conducted on behalf of KRAMPEHAREX which shall consequently be deemed to be the manufacturer in accordance with § 950 BGB (German Civil Code) and which acquires the ownership of the intermediate or end product. In the case of processing with other items that do not belong to KRAMPEHAREX, KRAMPEHAREX shall acquire the co-ownership of the new product in proportion of the value of the goods delivered by KRAMPEHAREX to the value of the processed third party items at the time of processing. The items created by the processing shall be subject to the same provisions as the goods delivered under reservation.

1. KRAMPEHAREX reserves the property rights and copyrights in images, drawings, calculations and other technical documentation and documents. The passing on of documents that are marked as „confidential“ to third parties requires the explicit written consent of KRAMPEHAREX.

2. Inasmuch as KRAMPEHAREX is the owner of other intellectual property rights such as patents, trademarks, utility models or design patents concerning the delivered items, such rights shall also remain with KRAMPEHAREX.

3. The CUSTOMER undertakes to keep all information relating to trade and business secrets – irrespective of whether they are marked as confidential or not – confidential, even after termination of the contractual relationship, to only disclose said information to persons who necessarily need the information in order to reach the contractual purpose and to impose an identical confidentiality obligation on them. In addition, the CUSTOMER undertakes to not use the mentioned information in any way going beyond the agreed purpose without the consent of KRAMPEHAREX and to take all precautions that are necessary to prevent any unauthorized inspection or reproduction.

5. Any tools, software, patterns, devices, templates, designs, models and similar items delivered, used or made available by or to KRAMPEHAREX are and shall remain the property of KRAMPEHAREX. They shall not be handed over or made available to unauthorized third parties. The aforesaid shall also apply with respect to metering machines, unless anything else is stipulated in a separate written agreement. If the afore-mentioned items are manufactured for KRAMPEHAREX, they shall become the property of KRAMPEHAREX already at the time they are manufactured or made. Such items may be reproduced only in the framework of operational requirements and in accordance with the respective provisions of industrial property law.